To make your own go here.


Posted by michael at 08:12 AM
Clan MacGregor

I have had the pleasure of trying Clan MacGregor scotch. Enjoy the story. 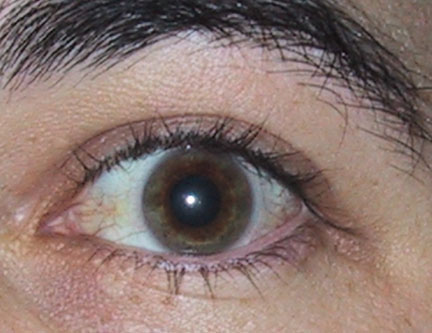 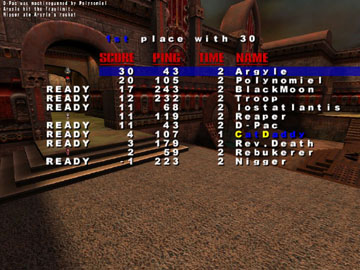 Posted by michael at 07:50 PM
Enterprise in the Panda Express

I was eating dinner with the girls in the Panda Express, a Chinese fast food chain. As we were walkign out I heard the Muzak playing over the speakers.

It's the new Star Trek: Enterprise theme song! The one everyone hates. What is it doing as background music in a fast food joint?

The Dave Matthews version of the Stones song, Wild Horses is kick-ass.

It is a crime against humanity that you can't buy this song on a CD.

When the revolution comes, the RIAA will be the first against the wall...

Posted by michael at 11:01 PM
Another Book Down

I finished The Butcher's Boy by Thomas Perry today. The book is out of print and I had to order it used. He wrote a book called Metzger's Dog, also out of print that I read several years ago.

Butcher's Boy is about a professional hitman and a government crime analyst as they are involved in a series of events that occur. You get to see things from two angles. I recommend it.

BTW, Metzger's Dog is a fantastic book about a group of grifters that stumble across some special CIA paperwork and how they go about blackmailing the CIA. Good stuff. Not your traditional crime thriller. Much humor and 'hard-crime' details.

On the gaming front, I am having tons of trouble getting Dark Age of Camelot to work. Damn connection problems. To top that off my old UO guild, BLD appears to have finally completely disinegrated, tempting me to return and set things right... Must resist UO... Must level up in DaoC...

This may be old hate to many, but for those that have never heard of Craig's List, you should check it out. It's quite a nice online community, even useful. It is location based so be sure to check the appropriate area. Los Angeles peeps go here.

I was outside puttering around the deck in the backyard. I noticed a few of the bolts holding the railing to the deck were rusty so I started to replace them. I reached up to steady myself on the knob on the edge of the railing. The weld broke and I gashed my hand on the metal. 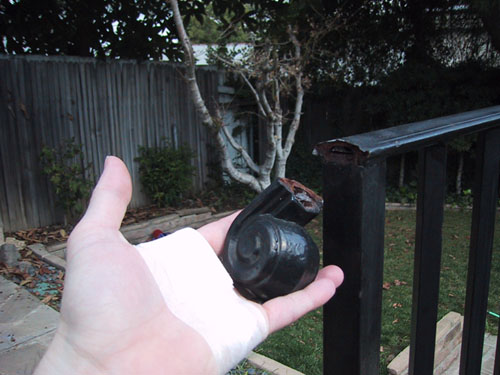 What you see is my bandaged hand holding the agressive bits of metal.

It hurt, but what really hurt was prying the gash open to get the bits of paint and rust out with tweezers. Yeow-za!

WTF am I doing up at this hour?

In the last week, I finished two books. I read All Tommorrow's Parties and Fallen Angels while I was in New York and finished them up this week.

All Tommorrow's Parties is by William Gibson, the seminal cyberpunk author. All Tommorrow's Parties is the third book in a series GIbosn began with Virtual Light and Idoru. The series is not a tight trilogy, but the same characters do run through all novels. ATP was a fun read, but I'm not so sure of Gibson's message. Is it "Wealthy bad guys fail in plans" or "Big changes coming that will surprise us"? In any case, current readers of the cyberpunk genre will enjoy the novel.

Fallen Angels appears to be written as a thank you science fiction fans. I like the work that Niven & Pournelle did in Mote in God's Eye and The Gripping Hand, but this book falls a bit short.

It's a more a story about wouldn't it be great if sci-fi fans were important and more that just people who liked books. Toss in a plea for simple resuable spacecraft, a hatred of radical environmentalists, and imagined culture of space society and you have Fallen Angels. The book is not earth shaking in any way, but will kill a few hours.

Posted by michael at 07:32 AM
Television

1) The show Behind the Music could be condensed from 1 hour to about 15 minutes. They use the same clips about 20 times in the show.
2) The Toxicity video airs once every 15 minutes on MTV.
3) Ted Nugent has a grenade launcher.
4) Car chases are bad and invariably involve lots of sparks.
5) On the MTV show "Kidnapped", the kidnap victim always chooses to 'screw his friends' in the third section of the show.
6) You get two Girls Gone Wild DVDs for only $9.95.
7) Many women take off their clothes for Howard Stern.
8) Puff Daddy still loves Jennifer Lopez.
9) There is an entire show about 'being Britney Spears'.

In other news, New York is still a busy chaotic place with good food. Last nights meal of antipasto, risotto and coconut sorbet was spectacular. On the other hand, the general anxiety level on the street was much higher than home. Everyone has a cell phone and the dogs have winter jackets here. I don't remember my brother's dog Abbie wearing a jacket out in the winter.

Link of the Day: The Pusateri Funeral Home

Some guy said that I made my haiku wrong. He said:


My brother then told me that a haiku is not a haiku if it does not talk about nature. Supposedly they have another name for haikus that are not haikus.